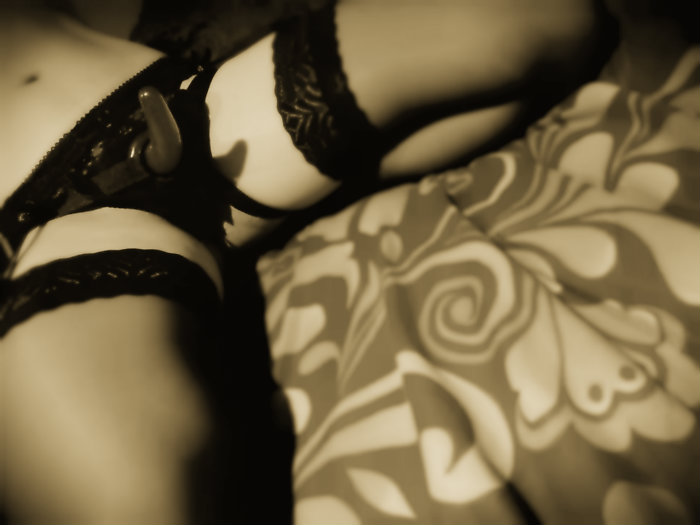 The first strap-on I owned was given as a gift by a subby playmate of mine years ago. It just so happened that he arrived at my place with it on February 12th and the fact that he couldn’t understand why I got a fit of the giggles and kept muttering that ‘most girls get flowers or chocolates this time of year’ is probably why our play dates rather dwindled off after that night.

The night in question was worth it, though. I’d often fantasised about being the one who did the penetrating, and what an act of claiming, of ownership it might be – or just a bit of filthy fun, if you prefer it that way. I remember the wonderful, gender-twisting giddiness of the moment I looked at the pair of us in the mirror and saw myself having ‘my’ cock sucked…

I drew on those memories earlier this year, when I was writing a bit of gender-fuckery for the anthology Who Thrilled Cock Robin, and here’s a little extract from the story that my experiences influenced.

She backed up against the bed and flung herself down on it, jerking the toy against herself, tugging on the shaft of it while she thrust two fingers into her now-soaking channel, suddenly desperate to come, letting out a series of passionate gasps and moans as the orgasm overtook her, wanking her cock as well as her cunt and almost surprised when the shaft in her fist didn’t spurt hot liquid over her hand.

This is a guest post from Zak Jane Keir for the Strap-on prompt.