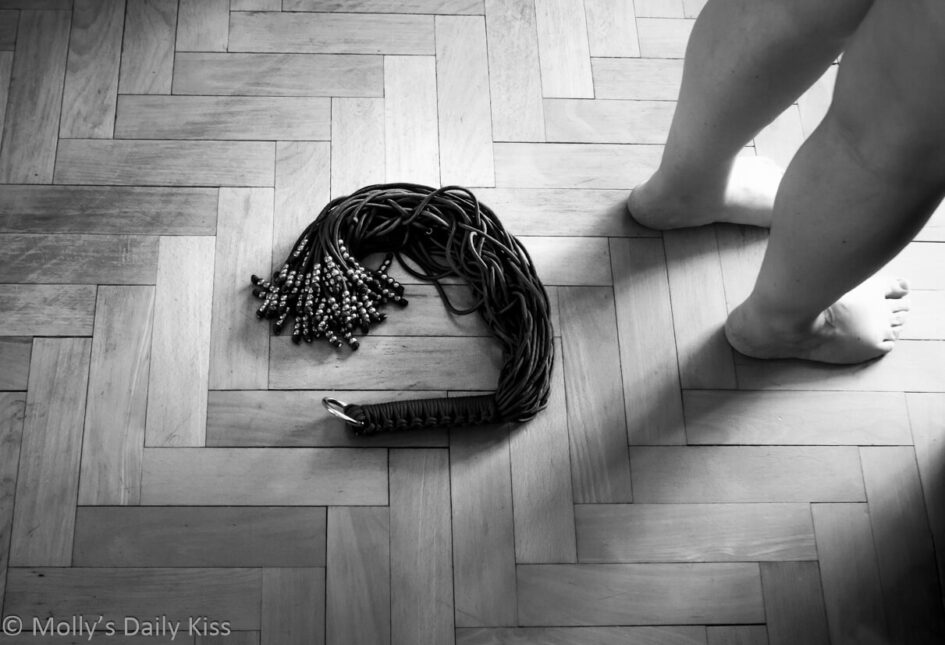 Earlier this year we did punishment as a topic with that being defined as real punishment/consequences for behaviour/errors. Whether that is a physical punishment or some other sort of punishment the idea is that is was directly related to ‘crime’ as opposed to a playful scene that is manufactured.

At this point I want to say that real punishment is not better than play punishment or more D/s. I am not keen on the word real there as it implies that the other type is not real and that is not true it is just inspired by a different force. That does not make it any less real.

So let’s talk about play punishment. Do you see it as a role play type thing? Do you like that type of role play? Which role do you take on? Maybe you have a particular scene you like such a naughty student, or a boss telling off an employee?

Maybe it is not a role play in that regard but just something you do as yourselves. “I am going to punish you tonight because…..” Do those words turn you on?

Do you ever behave in a way to elicit punishment? Are you bratty or even purposely do things wrong to get that response. I always think of the ending of the movie Secretary where she is making the bed but places a dead cockroach in it. You know she is baiting him. Do you do this? Is this part of play punishment or see that more as being part of being a bratty?

Is this part of your D/s dynamic or maybe the reason you like it is because you don’t want a D/s relationship but like having punishment play.

For the one who keeps asking for more boobs. I hope this ticks the box for you. onlyfans.com/mollysdailykiss